About 100 members of different faith communities in Contra Costa County met Dec. 20 to affirm their unity against and condemnation of terrorism in all its forms and manifestations, particularly the recent terrorist attacks in Paris and San Bernardino.

The participants pledged both support for and affirmative efforts to get to know and work with their Muslim neighbors. Speakers from the many different faiths also strongly denounced the attempts of certain presidential candidates and others to target the Muslim communities in a transparent effort to garner votes and/or spread fear in the local communities.

Participants clearly stated that Islam and all faiths oppose terrorism regardless of when, where or by whom it is perpetrated. It is against all faiths and religions.

It was also shared that some local Muslims have experienced bullying in their schools and even acts of aggression in the community.

This meeting was part of a series of actions being taken by the faith communities and the Interfaith Council of Contra Costa County to reaffirm condemnation of terrorism everywhere as well as solidarity of the faith communities with their friends, neighbors and colleagues in the Muslim community. It was also to brainstorm ideas on how to move forward in consolidating our cooperation.

Speakers urged presidential campaigns and politicians of any stripe to not aim at inciting attacks against the Muslim community or any ethnic or religious group, and that on a local level we need to be vigilant against those attempting to instill fear based upon false assumptions and unfounded rhetoric.

In a recent statement by the Interfaith Council, it unequivocally condemned the inflammatory rhetoric used in political campaigns regarding Islam.

“We do not engage in political campaigns or endorse or not endorse any particular political candidate,” the council’s statement said. “We speak out in this instance to defend the rights of Muslims, especially in the United States, to practice their faith in peace and safety. We speak out to defend and uphold the basic human rights and dignity of all people. Misinformation, inflammatory rhetoric, false and half statements about Muslims and Islam feed the fears of many to think and act against their best nature.”

The council believes clarifications are necessary:

The public and the mainstream media are urged to focus on how the overwhelming majority of Muslims, and in particular Muslims in this country, live their daily lives through family values and being good citizens in their community.

Our Muslim neighbors and, indeed, Muslim leaders throughout the nation and the world have denounced and continue to deplore the inhumane activities of that small minority of people (the terrorists) who claim to practice Islam but are rejecting that faith’s (and all faiths’) core values.

Studies show that the terrorists and those who claim their militant interpretations of the Quran constitute less than 2 percent of those throughout the world who count themselves as followers of the Islamic faith.

At the meeting there were also many confirmations that all of us are Americans; love this country and its values; and are committed to promote peace, justice and understanding here in America and all over the world.

We can do that by working together, not by trying to tear some of us apart by allowing the outlier minority to define all those who embrace our common values as their own.

Terence Clark is president and the Rev. Will McGarvey is executive director of the Interfaith Council of Contra Costa County. 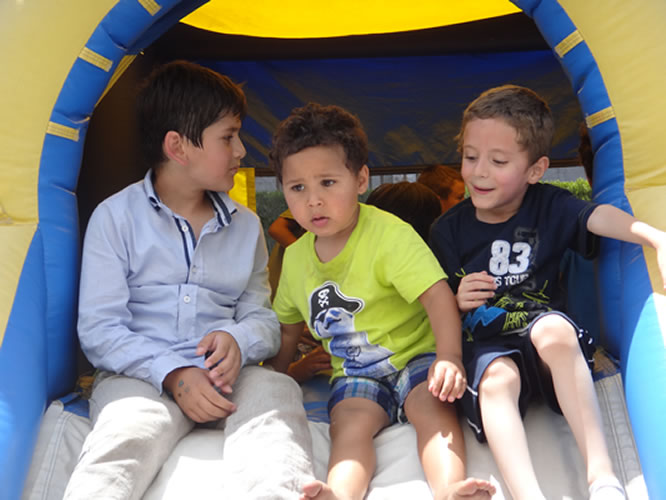